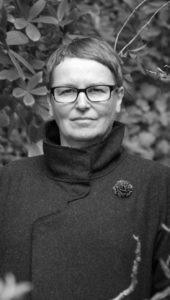 My reading is heavily weighted towards New Zealand and Australian writers – more than half of the books I’ve read this year are Australasian. That’s no bad thing, until I’m asked to come up with a list of best books for a northern hemisphere audience and I realise that so many of the books and writers that I’ve loved this year (and any year) are not known, published or readily available in the rest of the world.

Australian writer Helen Garner is possibly best known these days for her non-fiction writing, but I think of her first as a writer of fiction. This year I re-read Monkey Grip, the 1977 novel (republished in 2010 as a Penguin Modern Classic) that was Garner’s publishing debut, which I first read 30 years ago. I was struck again by the quiet power and simple beauty of this novel about addiction (to love, to drugs, to ideals and ideology) and community. It’s probably not Garner’s best work of fiction – that might be her 1984 novella The Children’s Bach – but reading it reminded me why I go back again and again to Garner’s writing, why I love it so much: for the strength and beauty and art of the simplicity of language; for the welcome hit of life, familiar, but viewed sideways, or from an angle that disturbs, or perhaps renders clear.

I often find myself loving novels written by poets, and this year I was struck by The Chimes (Sceptre 2015), the debut novel by New Zealand poet Anna Smaill. Set in a future/dystopian/alternative (take your pick) London where written words are banned, this is a novel that concerns itself with some of my favourite things: music, language, story and memory. It’s beautiful, rhythmic, playful and clever and a romping good read.

Australian writer Peter Goldsworthy is another novelist who’s a poet and, like Smaill, a musician, and his work was a belated and very welcome discovery for me this year. Since July I’ve read a collection of his short stories and three of his novels, and loved every one. You may be able to get your hands on two of his early novels: his debut Maestro (1989, reissued in 2010 as an A&R Classic), and Wish (1995, reissued as a Text Classic in 2014). Goldsworthy writes about music, science and medicine (he’s a doctor, working in general practice), ethics and language, families and other relationships, and what makes us human; his writing is not just beautiful, but also funny.

I’ve read some wonderful books from the northern hemisphere, too. One that surprised me was H is for Hawk (paperback published by Vintage, 2015), Helen Macdonald’s memoir of training a goshawk, and dealing with her father’s death. Macdonald is mad about birds, and so is this book. Me, I’m not a fan of birds; if anything, I fall on the phobic end of the spectrum, and I resisted reading this book at first. I started reading H is for Hawk while I was queuing to get in to Macdonald’s session at Auckland Writers Festival in May this year; I read the rest of the book with Macdonald’s voice (warm and low, slow-speaking, calming, as you’d speak to a wild creature perched on your arm) in my mind. I was drawn deeply into the mess and smell, the grief and cigarettes and drink, the spiral down and the uplift of this book, its glorious mix of the personal, the wild/natural/animal world, and its historical, social and cultural connections.

I’ll finish with a final novel. Ex-Aardvarkian Scott Pack has rightly raved about Our Souls At Night (Picador, 2015), and I picked it up on his recommendation. American author Kent Haruf wrote the novel while he was dying, and it was published posthumously. A short novel, its writing is simple and clean, bright (though light and dark are important in this novel, bright is the word that comes to me now) and beautiful. It’s about late life, about misbehaving, and gently grasping happiness.

I’ve used the word beautiful a lot to describe these books, and I guess beauty’s what I look for. When a book presses buttons for me, it is almost always because of this: it is, in some way, beautiful to me.

Tracy Farr is an Australian-born, New Zealand-based author and former research scientist. Her debut novel, The Life and Loves of Lena Gaunt, was longlisted for the 2014 Miles Franklin Literary Award, and shortlisted for the 2014 Western Australian Premier’s Book Awards and the 2014 Barbara Jefferis Award.

Buy ‘ The Life and Loves of Lena Gaunt’