Jean-Baptiste Andrea was born in 1971 in Saint-Germain-en-Laye and grew up in Cannes. He is a director and screenwriter. He wrote his first English-language feature film Dead End in 2003, to critical acclaim. His first novel, Ma Reine, was published in France in 2017 and won the Prix du Premier Roman and the Prix Femina des Lycéens. For two years he travelled to more than 50 cities, in France and abroad, meeting readers, booksellers and librarians. Now he is leaving behind the cinema for literature. 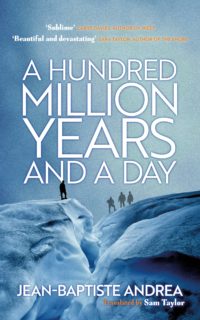