Caroline Vermalle was born in France in 1973 to a family whose French roots go back at least as far as the 16th century. Yet, she is a vegetarian who can’t cook, doesn’t drink, finds berets itchy and unpractical and would rather eat yesterday’s snails than jump a queue.

After graduating from film school in Paris, she became a television documentary producer for the BBC in London and travelled the world, at speed and off the beaten tracks, in search of good stories. In 2008, then on maternity leave, she penned her first novel George’s Grand Tour, whose international success allowed her to quit her job and indulge in her three passions: books, interior design and travel – slowly this time.

After writing seven novels in different genres and different languages, going on a world tour with her family and building a wooden house in a forest, Caroline now lives between a small seaside town in Vendée (France) and a small seaside town in the Eastern Cape (South Africa) with her son, a black cat and her husband, South African architect-turned-author Ryan von Ruben. 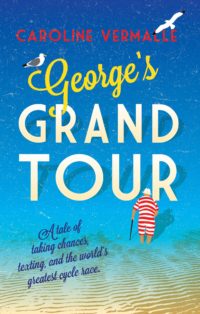