André Gide was a giant of twentieth-century French literature. An innovator of the novelistic form, he undertook a life-long exploration of morality in his work, and was a major influence on the writing of Jean-Paul Sartre and Albert Camus.

Gide was awarded the Nobel Prize for Literature in 1947. 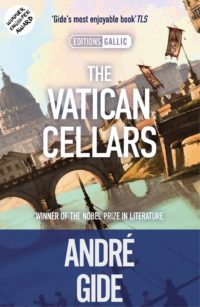