The Lady and The Girls – The Modern Fascination with Ruthless Heroines 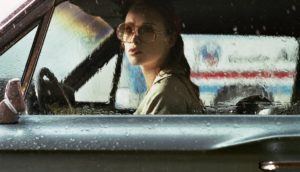 Unless you’ve been staring at a wall since 2012, you’ll have noticed that ‘the girls’ now dominate crime and thriller titles, the most iconic being Gillian Flynn’s Gone Girl, Paula Hawkin’s The Girl on the Train and The Girl with the Dragon Tattoo by Steig Larsson. This fascination with unlikable, unreliable, and morally ambiguous female protagonists is now a staple of modern crime. What is it about these characters that draws us in? Why are we suddenly so fascinated by the idea of women with dark secrets and questionable moral codes? 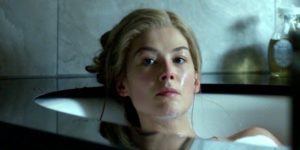 A few theories have cropped up in recent years:

Sarah Hughes at the Guardian writes:

“[‘The Girl] draws its power not so much from her bad behaviour – drugs, drink and casual sex – but from the convincingly claustrophobic details of her home life. Where fictional anti-heroes live their lives in public, making their mistakes at work or walking down Philip Marlowe’s mean streets, these anti-heroines operate in a domestic sphere.”

Rather than facing down a foreign threat, the danger for these women comes from inside the walls of what should be safe and familiar. Hughes’ argument is that perverting the domestic is a way to illicit a chilled and uncomfortable reaction in a readership desensitised to much of the world’s danger.

Kim Bravo, adult materials selector for the Free Library of Philadelphia had a different theory when she spoke to Bustle about this trend, suggesting that it is –

‘a reflection of the scary and uncertain times in which we’re living that attract readers to these stories, either as a means of escape or to help them process and cope with what’s going on in the world around them.’

With such a heightened awareness of the cruelty and corruption of the world, we struggle to connect with a story where the day is saved and the guy gets the girl. Those stories feel insipid and disingenuous. Bravo claims that The Girls are a natural reaction to this, characters with whom we sympathise, because they are as tarnished as we feel. 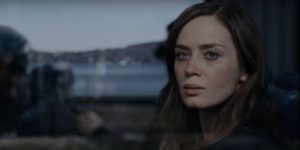 Rachel Watson in The Girl on the Train

Perhaps the most common argument is that we’re simply bored of our female characters being reduced to recognisable, predictable tropes, an issue particularly ascribed to the crime genre. We all recognise the femme fatale who seduces our hero into danger, the sparkling doe-eyed romantic interest who must be rescued, or the long-suffering wife who waits and worries. And that’s just the women who begin the story alive… Of course, there have always been exceptions (The Lady as an immediate example), but it is an uncomfortable fact that female characters, especially in older crime novels, are often little more than satellites orbiting around our male hero, vehicles for emotional development or narrative drive.

The fascination with characters like The Lady, and The Girls who came after her, is that they add complexity to these one-note characters, revealing an ‘underbelly’ to each archetype. The idealised ‘cool girlfriend’ in Gone Girl is concealing a boiling rage, Lisbeth Salander from The Girl in the Dragon Tattoo experiences terrible suffering, but she is equally her own avenger. The Girl on the Train presents three very recognisable ‘types’ of female character (she’s perfect, she’s let herself go, she’s a man-stealing viper), but reveals that each of the women are far more complicated than they first appear. We want thrillers that shock us with the psychology of their characters as much as with their plot twists, and what is more thrilling to the narrative-savvy reader than a stereotyped character refusing to stay that way?

Lisbeth Salander in The Girl with the Dragon Tattoo

The Lady in the Car with Glasses and a Gun follows Dany Longo, who might at first feel like a type – blonde, beautiful and impulsive. She is, however, more than she appears. Dany seems erratic, maybe even delusional, yet through this she resists the story’s attempt to ‘typecast’ her at every turn. We won’t pretend there aren’t some less-than-feminist moments in the text, but Dany is ultimately the most powerful character in the novel, because she is the only one able to hold back information from the reader.

Japrisot’s narrative is split, some of the story is told directly from Dany’s point of view, some is not. This leaves room for gaps where things can be hidden. As The Lady herself says – “I have lied all my life”. When Dany is not telling the story, she often withholds information from the person who is. Why on earth should we believe she is telling us the truth? When Japrisot constructs Dany as an unreliable narrator, she becomes the centre of power in the novel, the reader never allowed to think for a moment that they’ve got the measure of her.

Like The Girls who succeeded her, Dany disrupts the stereotypes and cannot be neatly slotted into the narrow spaces normally occupied by women in older crime fiction. She is neurotic, manipulative, and often downright unpleasant, and yet she is likeable. We root for her, not despite these failings, but because of them. She feels real and energetic and her agency and narrative power crackles through the novel even when she is brutalised, victimised and suffering.

The Lady in the Car with Glasses and a Gun by Sebastien Japrisot can be purchased here and at bookstores nationwide.
Guardian Article
Bustle Article