News > ‘Reconciling Opposites’ – Serge Joncour on Lean on Me

‘Reconciling Opposites’ – Serge Joncour on Lean on Me

“A novel is a long journey; you have to constantly reassure yourself, mix boldness and diligence, push on through your doubts.” 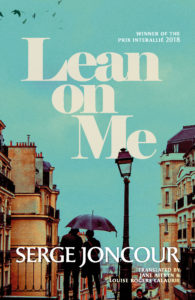 Serge Joncour, critically acclaimed author of Strong Words Magazine Book of the Year 2020 Wild Dog, discusses the themes of isolation and the natural world in his upcoming novel Lean on Me (March 2022) and shares the writers he has recently discovered.

I love the scene where Aurore, who lives by staircase A, goes to staircase B for the first time, which is right beside it, in the same building. It’s as if she is discovering another world. In Paris, you rarely get to know your neighbours, and you don’t show up at other people’s houses without letting them know beforehand. In the country, it’s more common to go to someone’s house without having to warn them you’re coming. In the city, everyone is overprotective of their territory, their apartment, and they don’t often let other people in. It’s like that because of the lack of space; in the city, everything is all divided up.

Yes, there is a reciprocal attraction, but before that, it is founded on a basis of listening. Aurore and Ludovic are very different, but that’s not why they are attracted to one another. It’s because each of them finds in the other a listener; they feel understood for once. Then, when the other person is so different from yourself, it becomes an adventure, an exoticism to get close to them, to fall in love with them. From the point of view of the novel, it’s interesting to bring two people together who are complete opposites but who are linked with the help of two birds in a tree… reconciling opposites, something in that speaks to me. My life is made up of that.

This is the fundamental question: our relationship with the animal world. This relationship has been distorted for a long time because humans think we are independent from the animal world, simply because we forget that we are animals too. We are mammals, just like bats, so much so that we carry the same viruses. There is constant interaction between animals and humans, and in these two novels, it’s no coincidence that it’s the animals that decide the fate of my characters. The animals are characters too – if not principal ones, decisive ones at least!

Oh, I don’t know about that. But there are certain scenes here and there in my novels which left me such strong memories of writing them. Writing them was almost as strong a feeling as living them.

I started writing when I was very young, yes, stories and poems. But succeeding in writing a novel took me some time. A novel is a long journey; you have to constantly reassure yourself, mix boldness and diligence, push on through your doubts. To do all of that you have to have acquired some confidence in yourself. And living through things like that, those kinds of personal experiences, helps to feed your characters. 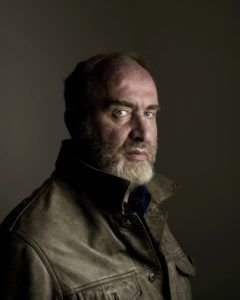 At least the title!