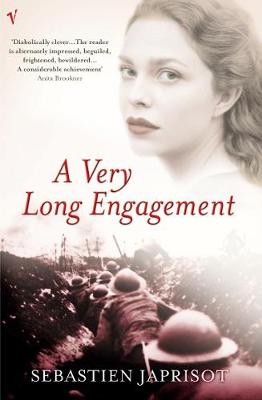 During the First World War five French soldiers, accused of a cowardly attempt to evade duty, are bundled into no man’s land and certain death. Five bodies are later recovered; the families are notified that the men died in the line of duty…

After the war Mathilde, the fiancee of one of the men, receives a letter which hints at what might have happened, and she sets off to discover the fate of her beloved amid the carnage of battlefield. Her quest becomes an unusual and engrossing thriller as she discovers an increasing number of people trying to put her off the scent.

A Very Long Engagement is a suspenseful thriller and one which transforms a personal tragedy into the epitome of all wartime atrocities. The denouement, when it finally happens, is moving and horribly convincing.