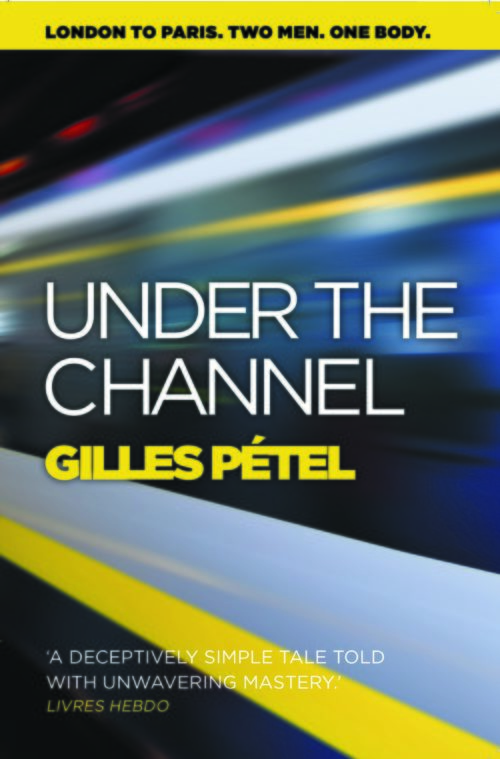 This tale of changing identities is no ordinary crime novel.It starts with a murder midway through the Channel Tunnel.

Buy Under the Channel eBook from:

Buy Under the Channel audiobook from:

It starts with a murder midway through the Channel Tunnel, but this tale of changing identities is no ordinary crime novel.

When the body of a Scotsman turns up on board a Channel Tunnel train at the Gare du Nord, Parisian detective Roland Desfeuillères finds himself in charge of a murder investigation. Roland decides to travel to London – and not just in order to progress the inquiry. It’s also a chance to escape his troubled marriage.

Arriving in a city gripped by the financial crisis, Roland immerses himself in the victim’s hedonistic lifestyle, as he searches for the motive behind the crime. But the longer he walks in the dead man’s shoes, the more Roland discovers about himself . . .

‘Flecks of wit, and a singularly unexpected outcome’Raven Crime

‘ Contemplative, quirky, and more than a little different.’ The Crime Novel Reader

‘A wonderfully quirky and sometimes quite dark tale, driven by some beautifully drawn and intriguing characters and with an eye definitely cast towards the ironic side of life.’ Liz Loves Books

‘Not so much a crime novel as a collision, or even a collusion, between detective and victim … unexpected in the direction it took and somewhat utopian in the finale it reaches … very nicely balanced in its story telling’ Shots magazine

‘From the off a sense of urgency and motion pervades the text … The way in which the text switches between the present, the past and streams of consciousness is always subtle yet shocking. The flashbacks are full of an energy disorientating the reader … The book certainly succeeds in capturing the daily life and commute of city-dwellers … The denouement of the novel is particularly poignant as far as I am concerned as it shows how the lives of John and Roland run parallel to one another as if they were strangers on the same daily commute. They see one another, never truly recognising who the other truly is. This certainly encapsulates the theme of identity that runs as a linking thread throughout the novel upon which Roland can hang his evidence and investigation.’

Fiction genres: Just not my type

Gilles Pétel was born and raised in Dunkirk. After studying philosophy at the Université de Nice, he spent several years abroad teaching. In 1996 his first novel, Le Métier dans le sang, was published by Fayard.  He has since written another four novels and a play. Pétel wrote his novel Under the Ch…