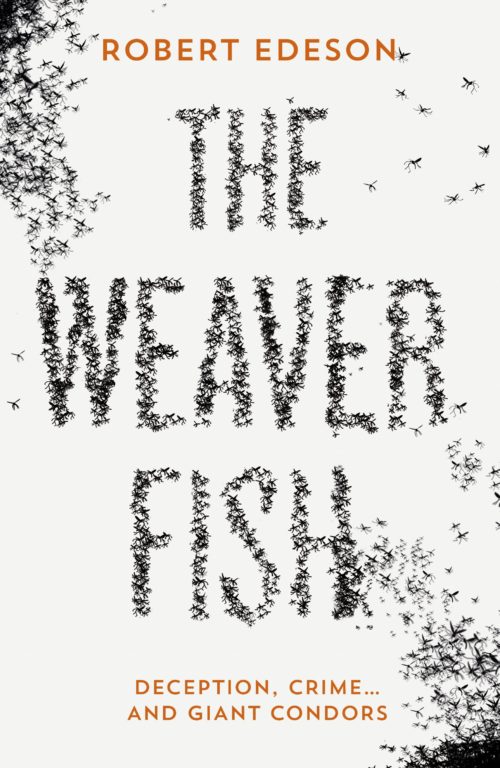 A captivating zoological, mathematical, technological, aeronautical literary thriller – unlike anything you’ve read before.

Buy The Weaver Fish eBook from:

Buy The Weaver Fish audiobook from:

— Obituary: the Norwegian-British logician, linguist and dream theorist Edvard Tøssentern is unaccounted for, and presumed to have died when the research balloon Abel disappeared during a severe storm over the South China Sea. —

When Edvard Tøssentern, the missing author of studies of the mysterious flesh-eating weaver fish, staggers in from a remote swamp, his colleagues at the research station on the island of Ferendes are overjoyed. But Edvard’s discovery about a rare giant bird throws them all into the path of a dangerous international crime ring.

Part-thriller, part-literary and mathematical puzzle, this unique, bold and playful debut engages the reader in an exhilarating game, challenging everything we know – or think we know – about language, morality and truth.

‘Evocative writing, in which the science is an essential character. The ideas stimulate and mesmerise.’ ABC Radio National’s ‘The Science Show’

‘Based on the writing, Edeson’s mind is amazing.’ Collected Miscellany

‘Add into it a thrilling subplot with ties to illegal Chinese logging, and The Weaver Fish earns a definite nomination for being the most unique novel ever written.’ Suspense Magazine

‘The Weaver Fish is seriously good fun, and once you get the joke, tremendously clever without being intimidating.’ ANZ LitLovers

‘This could possibly be described as one of the cleverest books ever.’ Bailieborough Library Reading Group

‘Really splendid – everyone should read this!’ L. Gardner, NetGalley Reviewer

‘Everything in this intellectual puzzle of a book is underpinned by brilliantly realised but, we can only presume, entirely made-up science, linguistics, psychiatry, history and geography, complete with extensive endnotes. Its a novel unlike anything you’ve read before, but will provide hours of brain-food to those who enjoy being challenged by authors such as Umberto Eco, Jorge Luis Borges, Neal Stephenson or David Mitchell. It would certainly make for a discussion-stimulating bookclub read. 4.5 from 5 stars!’  Books + Publishing

‘The Weaver Fish is both thriller and intellectual exercise, cyberpunk and philosophy.’ A Bookish Type

‘Unique … The Weaver Fish is not merely ambitious but unclassifiable.’ Australian Book Review 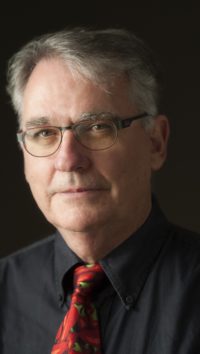 Australian author Robert Edeson trained in medicine. His professional career has encompassed consultant anaesthesia practice, as well as basic science research in pharmacology and mathematical biology. His main interests outside medicine have always been language and mathematics. He holds the view t…