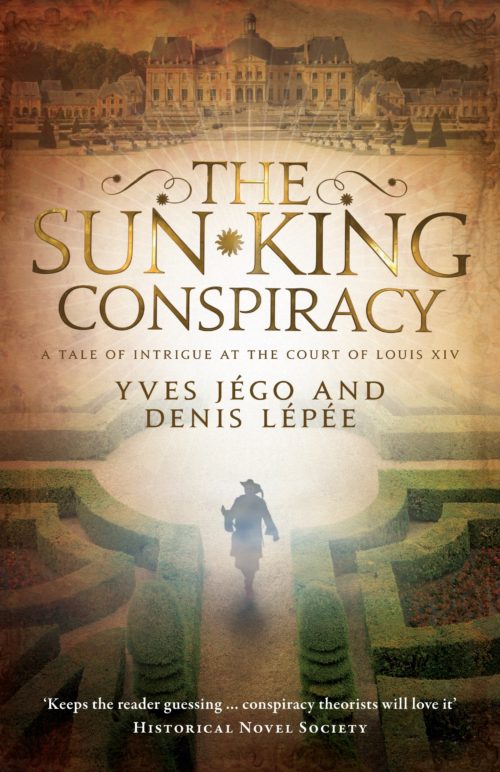 1661 is a year of destiny for France and its young king, Louis XIV. Cardinal Mazarin, the prime minister who has goverened throughout the king’s early years, lies dying. As a fierce power struggle develops to succeed him, a religious brotherhood, guardian of a centuries old secret, also sees its chance to influence events.

Gabriel de Pontbriand, a young actor, becomes unwittingly involved when documents stolen from Mazarin’s palace fall into his hands. The coded papers will alter Gabriel’s life for ever, and their explosive contents have the power to change the course of history for France and Louis XIV.

‘Interesting intrigue and varied locations. The heroes of the book are the stars of the era: Molière, La Fontaine, Colbert… Magnificent description of hunting at Versailles and of the Château of Vaux-le-Vicomte make this a book to savour.’ Paris Match

‘A thrilling tale of power, riddles, and treachery.’ Flashlight Commentary

‘Has the spirit and momentum of the best historical novels.’ Le Figaro

Yves Jégo is a politician and spokesperson for the UMP party. He is the co-author with Denis Lépée of the historical novel The Sun Conspiracy, a dazzling depiction of courtly life in 1661.

Denis Lépée, co-author of The Sun King Conspiracy, is a local politician and environmental adviser. He is the author of books on Ernest Hemingway and Winston Churchill.