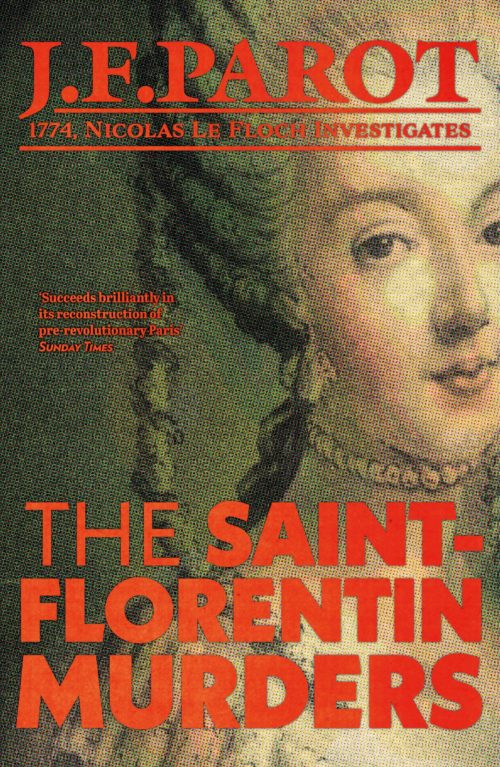 Buy The Saint-Florentin Murders eBook from:

Buy The Saint-Florentin Murders audiobook from:

This fifth exciting adventure for Nicolas Le Floch has it all: serial crimes and a bizarre murder weapon, as well as debauchery, espionage, and the follies of a young court where ancient rivalries and grudges still linger.

These are difficult times for Nicolas Le Floch: Louis XV is dead and Nicolas’s boss Sartine has been promoted to Minister of State for the Navy.

Le Noir, Sartine’s successor as Lieutenant General of Police, distrusts Le Floch. Monsieur de Saint-Florentin, the King’s new minister, entrusts Commissioner Le Floch with the investigation into the murder of a chambermaid whose throat was cut in unusual circumstances at Saint-Florentin’s home.

His inquiry takes place both in Paris and Versailles, where he secures his position alongside the King and must confront the mysteries of the Trianon and the horrors of Bicetre.