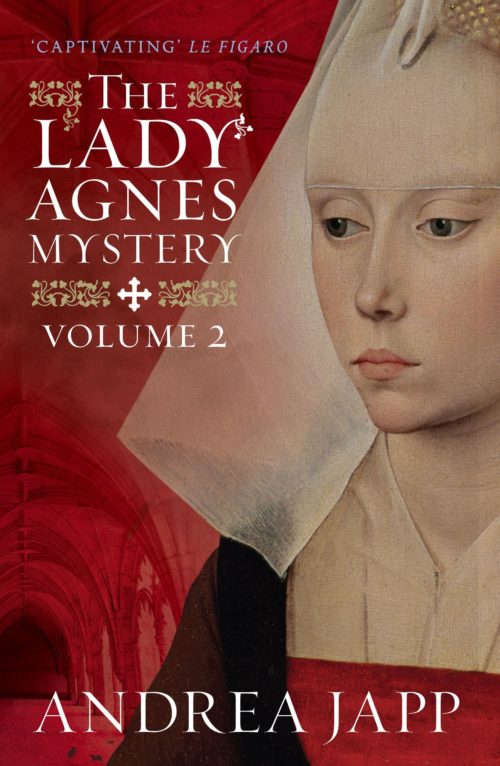 Part two of the story of Agnès de Souarcy, a tale of intrigue set in medieval France

Part two of the story of Agnès de Souarcy, a tale of intrigue set in medieval France

Agnès de Souarcy has survived the medieval Inquisition, but remains the focus of an ancient quest. Her protectors must battle with the powerful enemies of the quest who will stop at nothing to see it fail.

‘Five women, in the centre the sixth’ are the enigmatic words foretelling Agnes’s destiny. But will she fulfil the role that has been prophesied?

Andrea Japp is one of the grandes dames of French crime writing with over thirty novels published. She is a forensic scientist by profession and weaves this knowledge into her books, giving them particular authenticity. She is the French translator of Patricia Cornwell and the author of The Lady Agn…