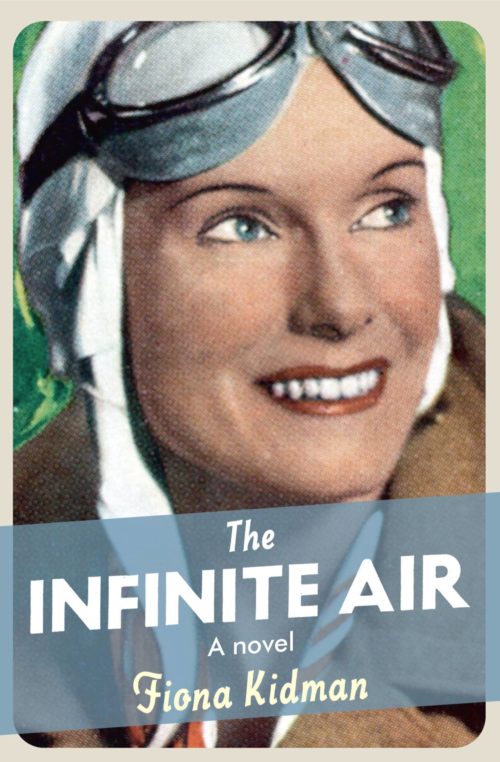 Buy The Infinite Air eBook from:

Buy The Infinite Air audiobook from:

Jean Batten became an international icon in 1930s. A brave, beautiful woman, she made a number of heroic solo flights across the world. The newspapers couldn’t get enough of her.

In 1934, she broke Amy Johnson’s flight time between England and Australia by six days. The following year, she was the first woman to make the return flight. In 1936, she made the first ever direct flight between England and New Zealand and then the fastest ever trans-Tasman flight. Jean Batten stood for adventure, daring, exploration and glamour.

The Second World War ended Jean’s flying adventures. She suddenly slipped out of view, disappearing to the Caribbean with her mother and eventually dying in Majorca, buried in a pauper’s grave. Fiona Kidman’s enthralling novel delves into the life of this enigmatic woman. It is a fascinating exploration of early aviation, of fame, and of secrecy.

‘A sweeping saga of a fascinating life and an entertaining insight into the early days of aviation.’ Historical Novel Society

‘A thrilling tale of adventure and heartbreak – Kidman has triumphantly brought this inspirational heroine to life.’ The Lady

‘What a character arc Jean Batten’s life offers. Her progress and regress, from literally soaring achievement to huddled isolation, from heroine to recluse, is the stuff of which novels should be made. So Fiona Kidman has made one … It’s a given that Kidman couldn’t produce a poor paragraph if she tried to and this is a narrative that – I have to say it – takes wing.’ New Zealand Herald

‘A gripping historical read’ Woman’s Own

‘Without any doubt, Fiona Kidman has written a riveting book about one of the world’s greatest aviators, the glamorous and mysterious Jean Batten.’ Jacquie Webby, Oamaru Mail

‘Fiona Kidman has written a fantastic book about a legendary woman.’ With Love for Books

‘Kidman’s beautiful prose and textured characterisation help us experience the freedom of flight, the whoop of joy heard over the roar of cantankerous engines, the sheer miracle of breaking the bounds of gravity.’ Booksellers New Zealand

The Lonely Life of ‘The Garbo of The Skies’