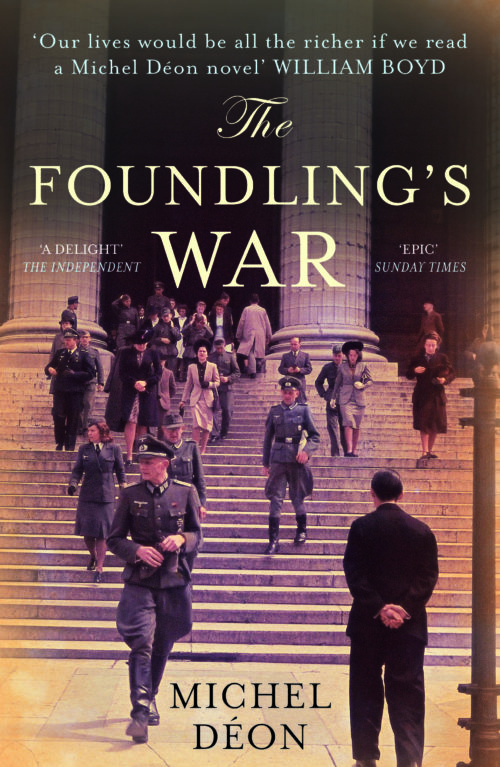 The sequel to the The Foundling Boy finds Jean making his way in German-occupied France.

Buy The Foundling’s War eBook from:

Buy The Foundling’s War audiobook from:

The sequel to the acclaimed novel The Foundling Boy finds Jean making his way in German-occupied France.

In the aftermath of French defeat in July 1940, twenty-year-old Jean Arnaud and his ally, the charming conman Palfy, are hiding out at a brothel in Clermont-Ferrand, having narrowly escaped a firing squad. At a military parade, Jean falls for a beautiful stranger, Claude, who will help him forget his adolescent heartbreak but bring far more serious troubles of her own.

Having safely reached occupied Paris, the friends mingle with art smugglers and forgers, social climbers, showbiz starlets, bluffers, swindlers and profiteers, French and German, as Jean learns to make his way in a world of murky allegiances. But beyond the social whirl, the war cannot stay away forever… In this sequel to the acclaimed novel The Foundling Boy, Michel Déon’s hero comes to manhood not through combat but by discovering truths about desire and possession, sex and love, and the nuances that lie between crudely drawn battle lines.

‘Déon is an outrageous storyteller, a most engaging tease and the result is a splendid mixture of acerbic asides and bright invention which reads admirably in Julian Evans’s excellent translation.’ Times Literary Supplement

Praise for The Foundling Boy: