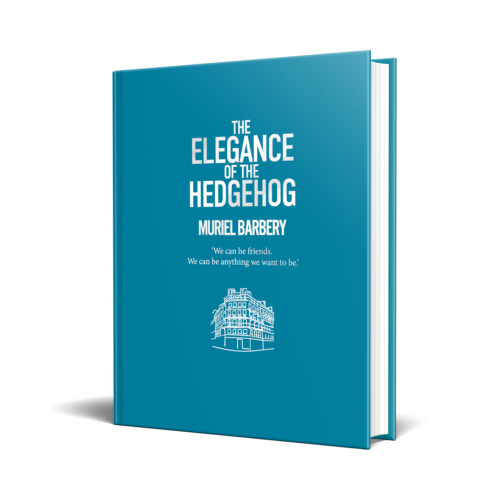 The Elegance of the Hedgehog Special Edition SIGNED

A new, exclusive hardback special edition of the worldwide bestseller.

Buy The Elegance of the Hedgehog Special Edition SIGNED eBook from:

Buy The Elegance of the Hedgehog Special Edition SIGNED audiobook from:

A new, exclusive hardback special edition of the worldwide bestseller

Renée is the concierge of a grand Parisian apartment building. She maintains a carefully constructed persona as someone uncultivated but reliable, in keeping with what she feels a concierge should be. But beneath this facade lies the real Renée: passionate about culture and the arts and more knowledgeable in many ways than her employers with their outwardly successful but emotionally void lives.

Down in her lodge, apart from weekly visits by her one friend Manuela, Renée lives with only her cat for company. Meanwhile, several floors up, twelve-year-old Paloma Josse is determined to avoid the pampered and vacuous future laid out for her and decides to end her life on her thirteenth birthday. But unknown to them both, the sudden death of one of their privileged neighbours will dramatically alter their lives forever.

By turns moving and hilarious, this unusual novel became the top-selling book in France in 2007.

‘Resistance is futile … you might as well buy it before someone recommends it for your book group. Its charm will make you say yes’ The Guardian

‘Clever, informative and moving … this is an admirable novel which deserves as wide a readership here as it had in France.’ The Observer

‘The novel wins over its fans with a life-affirming message, a generous portion of heart and Barbery’s frequently wicked sense of humor’ Time Magazine

‘A book of great charm and grace.’ The Metro

‘The book’s attractive, Amélie-esque Parisian setting and cast of eccentrics will appeal to many’ Sunday Telegraph

‘Reveals itself as a version of the Cinderella fairytale’ Financial Times

Alison Anderson is the author of three novels and the translator of around 100 books, including works by Amélie Nothomb and J. M. G. Le Clézio.

Muriel Barbery is the author of four previous novels, including the IMPAC-shortlisted multimillion-copy bestseller The Elegance of the Hedgehog. She has lived in Kyoto, Amsterdam and Paris and now lives in the French countryside. Praise for Muriel Barbery ‘[The Life of Elves] could be read as an all…