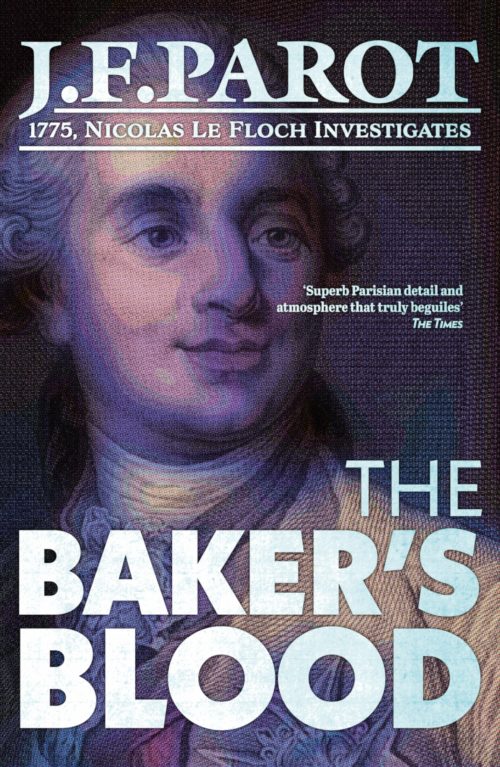 1775. On his return from a diplomatic mission in Vienna, Nicolas Le Floch must investigate the death of a baker amid outcry at soaring bread prices.

1775. Commissioner Nicolas Le Floch is on a diplomatic mission to Vienna, ostensibly to deliver a bust of Marie Antoinette to her mother, the Empress Maria Theresa. His real task, however, is to investigate the breakdown of French secret intelligence in Austria. The city is a hotbed of plotting – and Nicolas only just survives an attempt on his life.

On his return to France, Paris is in turmoil. The soaring price of grain and bread is causing widespread social unrest, and Nicolas’ first police case is the unexplained death of a baker. Could it be that events in the French capital are somehow connected to his experiences in Vienna …?

‘A terrific debut from a French author and diplomat. The novel is set in prerevolutionary Paris where a young detective, Nicolas Le Floch, has to investigate the disappearance of one of his superiors. Working without modern investigative techniques in a police force reliant on torture, Le Floch confronts the ethical dilemmas of the period in a novel that brilliantly evokes the casual brutality of life in 18th-century France.’ Joan Smith,Sunday Times

‘Very strong on conveying convincing detail of the period’Eurocrime