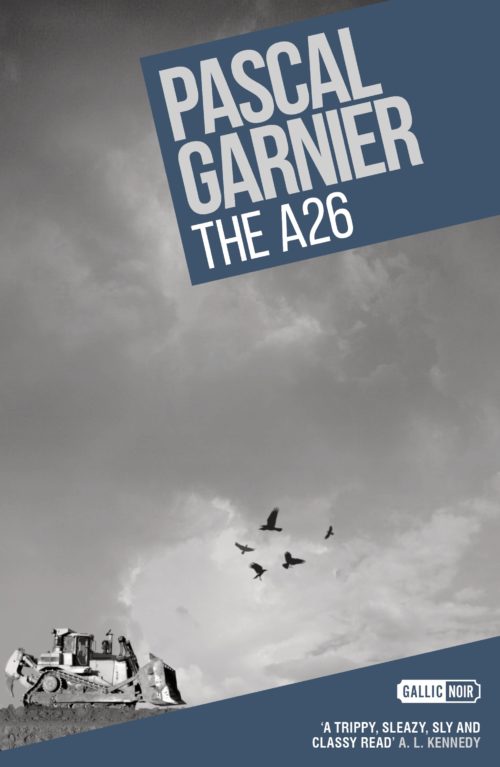 Buy The A26 audiobook from:

Traumatised by events in 1945, Yolande hasn’t left her home since.

And life has not been kinder to Bernard, her brother, who is now in the final months of a terminal illness.

Realizing that he has so little time left, Bernard’s gloom suddenly lifts. With no longer anything to lose, he becomes reckless – and murderous …

‘A brilliant exercise in grim and gripping irony, it makes you grin as well as wince.’ The Sunday Telegraph

‘Writing that is limpid, precise, even poetic.’ Le Figaro

‘Garnier’s books are marked by their integration of strange characters into their French provincial settings as evinced by The Panda Theory and How’s The Pain?and always retain at their heart a sense of human frailty, despite the blackness of the humour and at times horrific events. Combining the style of Simenon with the visual imagination and humour of the Coen Brothers, there is much to recommend these novellas. They are small works of literary genius, and I would urge you to discover them for yourselves.’ Ravencrime