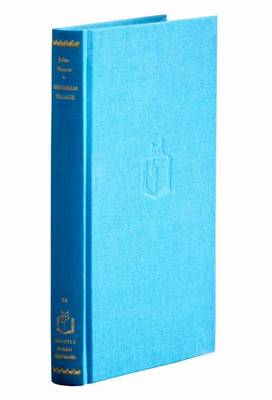 ‘Mr Moore has written a very good book. It has vivid characterization, country lore, humour and fine commonsense. It is true to the real heart of England,’ declared the Daily Telegraph in 1945 of John Moore’s Portrait of Elmbury . . .

The same could certainly be said of Brensham Village, its sequel, which was published a year later. Like its predecessor, Brensham Village is a lightly disguised picture of a part of England Moore knew well: the countryside surrounding the old market town of Tewkesbury, which Moore calls Elmbury, where he was born in 1907 – a lush and fertile area of market gardens and apple orchards, with the river Severn winding through. Brensham, Moore tells us, is a synthesis of several villages whose fields he roamed as a boy and whose pubs he drank in as a young man. In Portrait of Elmbury (SFE no. 26) he drew a vivid picture of growing up in a colourful and self-sufficient English country town in the years after the First World War. InBrensham Village, set in the 1930s, change is creeping in. There is still cricket on the village green and darts in the village pub, Moore and his friends still go fishing and ferreting and bird’s-nesting and hunting for moths. But mannerless weekenders are beginning to arrive in the village, along with a shady ‘Syndicate’ of developers, an ugly petrol station and a local cinema.

Some of the same characters who appeared in Elmbury are still going strong – Mr Chorlton, Moore’s polymathic bachelor Classics master; the sporting whisky-sodden old Colonel, hung about with guns and salmon rods; the trio of rogues Moore christens Pistol, Bardolph and Nym, plus a whole new cast of villagers – market-gardeners, farmers, barmaids, members of the cricket team – watched over by shabby, gentle Lord Orris in his crumbling, mortgaged manor. These were the last shadows of an England that was on the very point of vanishing – ‘a world’, as John Moore wrote to T. H. White, ‘that will never come back’, but one that he captured brilliantly for ever.