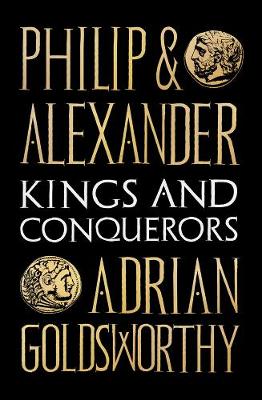 Philip and Alexander: Kings and Conquerors

Buy Philip and Alexander: Kings and Conquerors eBook from:

Buy Philip and Alexander: Kings and Conquerors audiobook from:

By the end of his short life, Alexander the Great had redrawn the map of the ancient world to create an empire that stretched from the Adriatic Sea to the Indian subcontinent. But his success was not just the product of his own genius and restless energy, it was built on decades of effort by his father.

History has portrayed Philip II of Macedon as a one-eyed old man whose assassination allowed Alexander to accede to power. But there was far more to him than this. Through decades of hard fighting and clever diplomacy, Philip unified his country and conquered Greece. His son inherited all of this at the perfect moment for him to win yet greater glory.