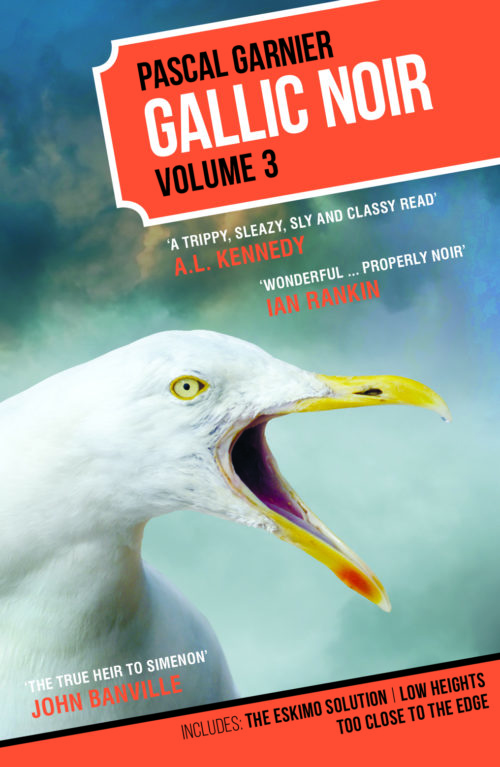 The Eskimo Solution, which combines the story of a struggling writer with excerpts of the crime novel he’s writing, which will spill over into his own life

Low Heights, in which a cantankerous retiree falls for his nurse and finds himself confronted with a man claiming to be his long-lost son … but the family reunion is threatened by the vultures circling above

Too Close to the Edge, the tale of a quiet retirement in the foothills of the Alps turned upside down.

Reviews for The Eskimo Solution

‘Low Heights has as much to say about ageing and emotional intelligence as many more overtly literary novels.’ Financial Times

‘Deliciously sly and nuanced, Low Heights is as much an acerbic commentary on the crime novel’s conventions as it is a slow-burning psychological thriller.’ The Irish Times

‘Another classy and clever little drama from one of the most likeably dark storytellers out there.’ The Bookbag

‘This is not just about death, violence and crime, but a potent meditation on ageing and loneliness. … Subtly subversive, always unsettling, this is another excellent addition to the Garnier series.’ Crime Fiction Lover

Reviews for Too Close to the Edge