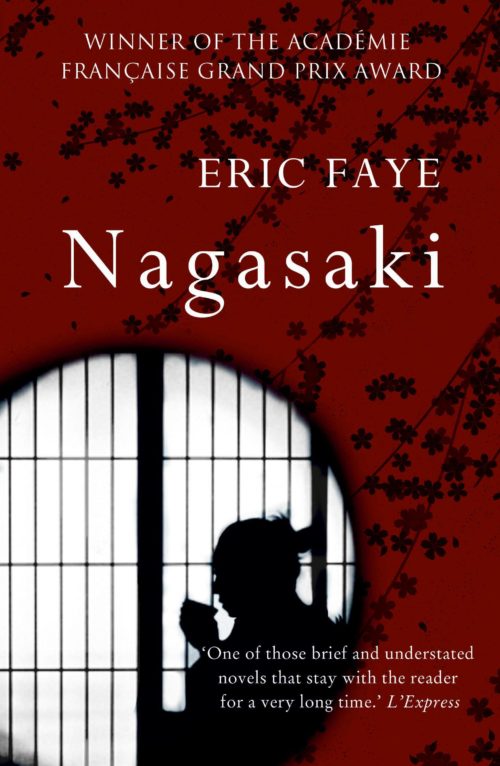 Based on a true story. Winner of the 2010 Académie Française novel award.

Based on a true story. Winner of the 2010 Académie Française novel award.

In a house on a suburban street in Nagasaki, meteorologist Shimura Kobo lives quietly on his own. Or so he believes. Food begins to go missing. Perturbed by this threat to his orderly life, Shimura sets up a webcam to monitor his home.

But though eager to identify his intruder, is Shimura really prepared for what the camera will reveal? This prize‐winning novel is a moving tale of alienation in the modern world.

‘Unfolds, like those Japanese paper pellets that, dropped into water, expand into fragile, delicate beauty that touches the heart.’ The Spectator

‘A quick yet powerful read.’ The Book Binder’s Daughter

‘Feels authentically Japanese despite the fact that it is written by a Frenchman. It has the mannered tone and slightly off-kilter sensibility of a Murakami or Yamada novel but without the need to resort to magic realism. It feels both ordinary and extraordinary at the same time.’ Me and My Big Mouth

‘An excellent read, a thought-provoking look at the loneliness of modern life. It’s a book which makes the reader think about their own social ties, wondering if they too might be looking forward to empty twilight years. And, of course, the book has one other effect on the reader – you won’t be forgetting to check your doors and windows in a hurry…’ Tony’s Reading List

‘I found this reportage style fiction amazingly fresh. Éric Faye has taken a small news story and turned it into a human story about the people and the emotions behind the headlines’ Winstonsdad’s blog

‘Like the best stories, it stays with you long after reading and invites discussion with others about how such a thing could happen in our society.’ Word by Word

‘A quiet, ambiguous but satisfying read’ Mischief and Miscellany

‘A little book with a bloody great big bit of reflection.’ BookCunt

‘Nagasaki is brilliant in ambiance and writing style … With a thriller like final twist, this French literary novella, based on a true story reported in Fukuoka, speaks about sense of identity and place, or lack of it, in our modern society in crisis.’ Words and Peace

‘Elegantly, without ever raising his voice, Éric Faye considers guilt, memory, our fragile sense of how to behave, and the selfishness of societies.’ L’Express

The True Story Behind ‘Nagasaki’

Born in Limoges, Éric Faye is a journalist and the prize-winning author of more than twenty books, including novels and travel memoirs. He was awarded the Académie Française Grand Prix du Roman in 2010 for Nagasaki.