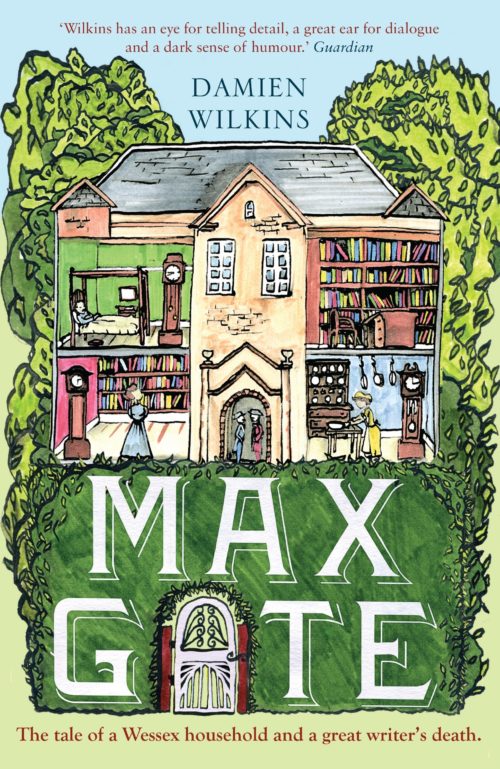 1928. As Thomas Hardy lies on his death bed at his Dorset home, Max Gate, a tug-of-war is taking place over his legacy … and the eventual fate of his mortal remains. What counts for more: the wishes of his family and dutiful second wife, Florence? the opinion of his literary friends? Hardy’s own express desires? or ‘the will of the nation’?

Narrated with wit and brutal honesty by housemaid Nellie Titterington, Max Gate is both an entertaining insight into the eccentricities of a writer’s life, and a raw, intriguing tale of torn loyalty, ownership and jealousy.

‘Moments of dark comedy vie with beautiful prose. The dialogue is a particular joy.’ The Times

‘An emotional, enjoyable and clever look into the consequences of having lived the life of an enigma.’ Frank Book Reviews

‘An interesting dip into the past.’ Jera’s Jamboree

‘Lyrical … beautifully crafted … As Hardy is lauded as one of the finest English writers, Wilkins is one of New Zealand’s great wordsmiths’ New Zealand Herald

‘Max Gate is an absorbing read and a must for anyone who has visited Max Gate and thought about what it was like in Hardy’s day.’  Bridport News

‘Lyrical and evocative.’ Words and Peace

‘I would recommend this book to people who have read one or two Hardy novels and are keen to learn more about him.’ The Book Bag

‘Wilkins is brilliant at character … the writing is full of verve. Wilkins has an eye for telling detail, a great ear for dialogue and a dark sense of humour.’ The Guardian

‘Wilkins’s characters are individual, unpredictable and real’ Independent on Sunday

‘An antipodean A. M. Homes’ The Guardian

‘Max Gate is superbly attuned to that tremulous moment just before everything changes forever – the Hardy household, the known world of domestic servitude and dutiful women. Damien Wilkins, who writes fabulous prose, is a wise and imaginative guide to this fascinating terrain. He has created that wondrous thing, a novel that surprises and delights at every turn.’ Michelle de Kretser 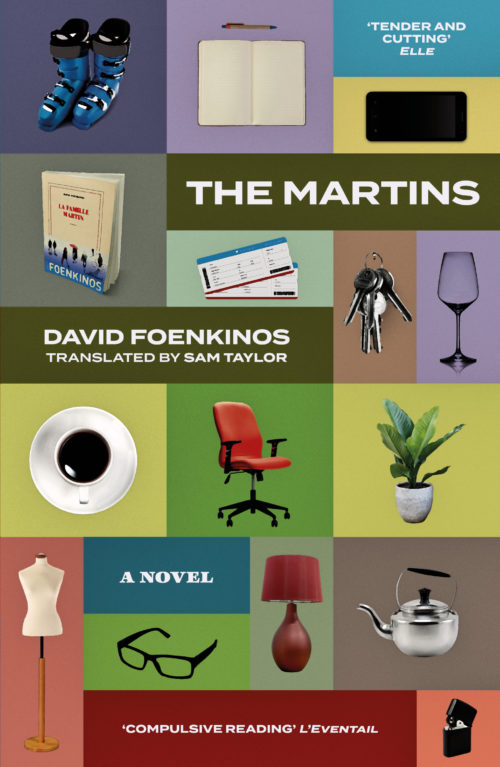