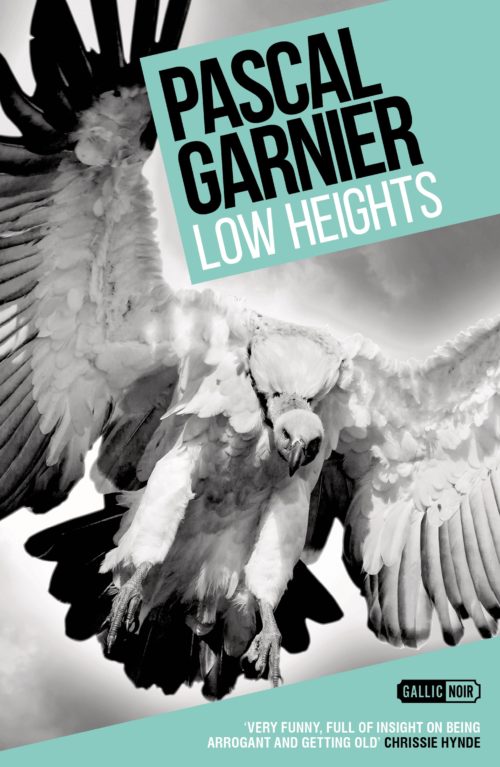 After losing his wife and suffering a stroke, cantankerous retiree Édouard Lavenant has moved from Lyon to a village in the mountains with his put-upon nurse, Thérèse. One day, a man comes to the door claiming to be Édouard’s long-lost son. Édouard’s temper seems to be softening, but it isn’t long before the local vultures are circling overhead …

‘Deliciously sly and nuanced, Low Heights is as much an acerbic commentary on the crime novel’s conventions as it is a slow-burning psychological thriller’ Irish Times

‘Very funny, full of insight on being arrogant and getting old’ Chrissie Hynde

‘This is not just about death, violence and crime, but a potent meditation on ageing and loneliness. … Subtly subversive, always unsettling, this is another excellent addition to the Garnier series’ Crime Fiction Lover

‘Pascal Garnier is my favourite French crime writer by a country mile…’ Laura Wilson, The Guardian

Low Heights in The Guardian

Low Heights review in The Spectator