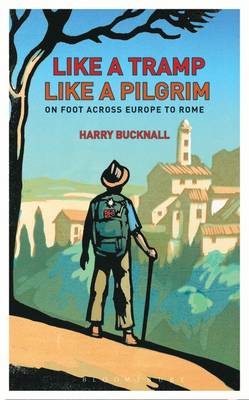 Watching in disbelief as his computer was struck by lightning in 2007, Harry Bucknall had no idea that the subsequent trail of events would lead him to Rome – five years later, on foot. Following the Via Francigena, the ancient pilgrim path that dates back nearly two thousand years, Harry walks through England,France, Switzerland and Italy weaving a historical tapestry liberally coloured with tales of angels and saints, emperors and kings and war and revolution. He uncovers a little known route that leads him through vineyards and villages, towns and cities and over rivers and mountains to the heart of the Eternal City, Saint Peter’s Basilica. Like A Tramp, Like A Pilgrim is a joyous journey of Elizabethan proportion filled with anecdote, adventure and mishap as Harry encounters the changing faces of a landscape suffused with history; yet his journey is perhaps most enriched by the extraordinary stories of those he meets – fellow pilgrims and locals alike – along the way.