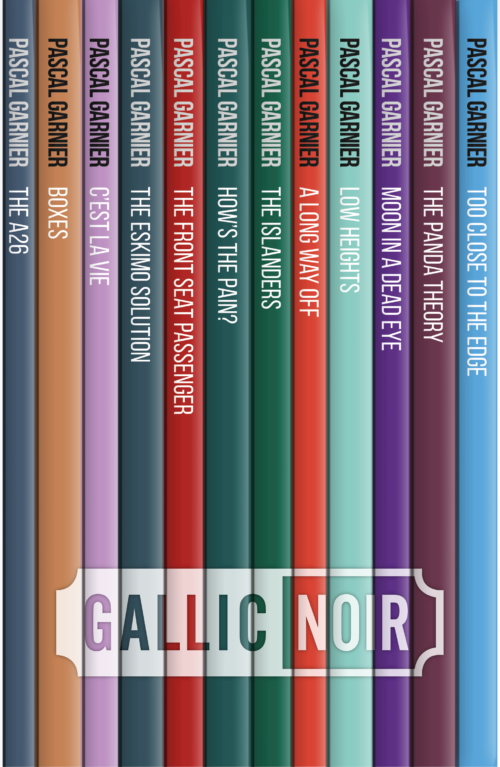 This collection features all 12 individual titles, including a new edition of How’s the Pain?, featuring an introduction from John Banville.

This Editions Gallic volume features and introduction by John Banville

Moon in a Dead Eye

Too Close to the Edge