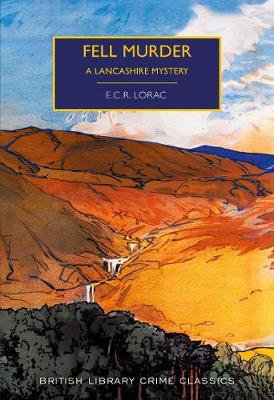 First published in 1944 Fell Murder sees E.C.R. Lorac at the height of her considerable powers as a purveyor of well-made, traditional and emphatic detective fiction. The book presents a fascinating `return of the prodigal’ mystery set in the later stages of the Second World War amidst the close-knit farmerfolk community of Lancashire’s lovely Lune valley. The Garths had farmed their fertile acres for generations and fine land it was with the towering hills of the Lake Country on the far horizon. Garthmere Hall itself was old before Flodden Field, and here hot-tempered Robert Garth, still hale and hearty at eighty-two, ruled his household with a rod of iron

. The peaceful dales and fells of the north country provide the setting for this grim story of a murder, a setting in fact which is one of the attractive features of an unusual and distinctive tale of evil passions and murderous hate in a small rural community.