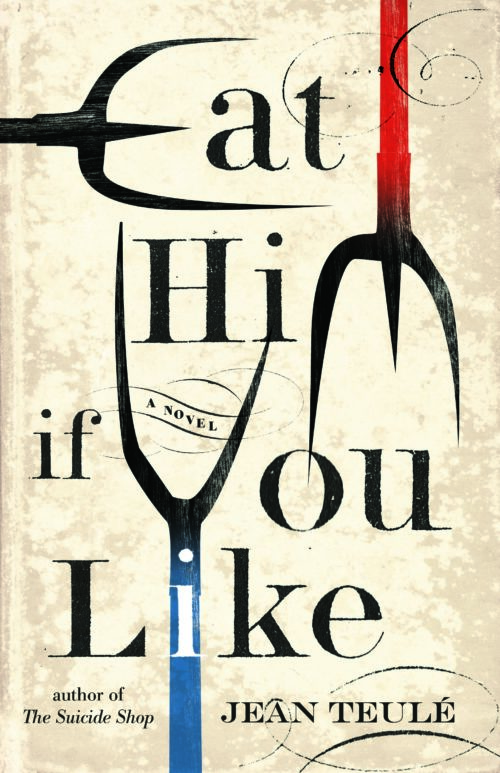 Based on a brutal incident, this riveting story shows how easily a group of individuals can turn into an irrational, bloodthirsty mob.

Based on a shamefully brutal incident from French history, Jean Teulé’s riveting story shows how easily a group of individuals can turn into an irrational, bloodthirsty mob.

Tuesday 16 August 1870, Alain de Monéys, makes his way to the village fair. He plans to buy a heifer for a needy neighbour and find a roofer to repair the roof of the barn of a poor acquaintance.

He arrives at two o’clock. Two hours later, the crowd has gone crazy; they have lynched, tortured, burned and eaten him. How could such a horror be possible?

With frightening precision, Jean Teulé reconstructs each step of one of the most shameful stories in the history of nineteenth-century France.

‘Sticking closely to the known facts, Jean Teulé’s novelisation offers no easy explanations for what happened but the transformation from rural idyll to hell on earth is terrifyingly convincing.’ Financial Times

‘Teulé’s milieu is centred on the “merriment of vice and cruelty”. His novels are bawdy, full of rollicking sex and roiling violence. However, he undercuts this with a graphic humour born of his earlier career as an illustrator.’ The Independent

‘Exceptionally well written, Eat Him If You Like will have a very special appeal to suspenseful mystery enthusiasts, students of 19th Century French history…’ Midwest Book Review

‘He puts words into the mouths of his characters so believably it makes them brim with life. His penchant for the grotesque and macabre … is well known but he does what he does so well with a lightness of touch and a sense of humour.’ Bookgroup Info

‘A savage rumination on collective guilt that will sit uncomfortably with you long after you put it down.’ Bait for Bookworms

‘And That’s Just For Starters’: An Author Profile

Jean Teulé lives in the Marais area of Paris with his partner, the film actress Miou-Miou. An illustrator, filmmaker and television presenter, he is also the prize-winning author of more than ten books including one based on the life of Verlaine. He has also written biographies of Rimbaud and Franço…