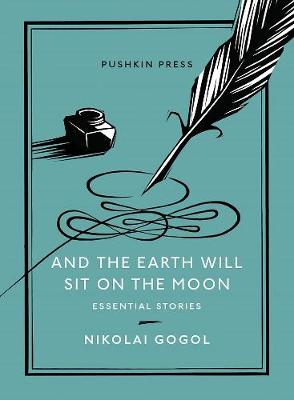 And the Earth Will Sit on the Moon: Essential Stories

Buy And the Earth Will Sit on the Moon: Essential Stories eBook from:

Buy And the Earth Will Sit on the Moon: Essential Stories audiobook from:

Admired by writers from Nabokov to Bulgakov to George Saunders, Gogol is considered one of the more enigmatic of the Russian greats. He only wrote one novel, ‘Dead Souls’, and destroyed much of his later work, so his stories constitute his major output.

In this collection, beautifully and skilfully translated by Oliver Ready, Gogol’s three greatest St Petersburg stories – ‘The Nose’, ‘The Overcoat’ and ‘The Diary of a Madman’ – are presented alongside three masterworks set in the Ukrainian and Russian provinces, demonstrating the breadth of Gogol’s work.

Gogol’s extraordinary work is characterised by his idiosyncratic, and often very funny sensibility, and these stories offer us his unique, original and marvellously skewed perspective on the world.