News & Events > Plus ça change … Behind the scenes of an election, by Rowena Macdonald

Plus ça change … Behind the scenes of an election, by Rowena Macdonald 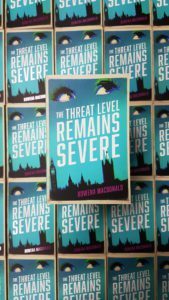 ‘Theresa May calls for snap General Election to be held on June 8’. My eye caught the headline of the Evening Standard on a news-stand as I headed home on the number 8 through the City. I felt a frisson of surprise and then a pang of regret that I’d found this out second-hand, that I wasn’t in the office, among my colleagues in the House of Commons. I was annoyed not to be in the thick of it. I am currently off sick being treated for bowel cancer and I have been since the day of the terror attack against Parliament. I found out about that shock event via a TV screen glimpsed through an estate agents’ window as I returned home after my first dose of radiotherapy. The words ‘Westminster terror attack’ screaming from BBC News 24 made my stomach lurch. I pushed through the door to watch what had happened. It seemed brashly ironic that I was not at work, that I had just begun the horrible process of being poisoned ‘in a controlled way’, as my oncologist put it. Because of the cancer attacking me from within I was safe inside a radiotherapy machine in the basement of Barts Hospital at the exact moment of the attack on my workplace. I feared the title of my forthcoming novel – The Threat Level Remains Severe – would suddenly seem like a sick joke, even though my novel is nothing to do with terrorism but rather about the secret, personal threats to our stability that can lurk within an apparently secure workplace. I soon found out that all my immediate colleagues were, thankfully, safe, although they were shaken, having been in lockdown for many hours. Of course, I was lucky not to be there, I wish Khalid Masood had been foiled, and my heart goes out to the families of the five people who were killed but a dark part of me, the journalistic part perhaps, wished I had been there, in the thick of it. 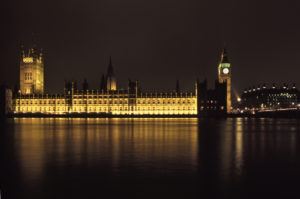 Mind you, even when you are supposedly in the thick of it, the House has an extraordinary ability to remain the same no matter what. I’ve worked for select committees in the House of Commons since January 2001. I’ve worked through three general elections, through the swing from New Labour to the Coalition to the Tories. Parliament has become more corporate, less eccentric, the amount of work we do has grown enormously in sixteen years, but no matter who the Prime Minister, the atmosphere behind the scenes always feels similar to me: fairly calm, cosy and pleasant. I have no doubt that if I was at work now during this upcoming general election, my office routine would be no different. Even when seismic events are occurring, I still have to photocopy documents and organise meetings and complete all the ordinary tasks that make up my job. Whenever some political storm is occurring, friends and family ask me what the atmosphere is like in Westminster. But, really, it never feels any different to me. This may be because I’m not very important or because select committees are by their very nature at one remove from the Malcolm Tuckerish theatrics in the heart of Government. It may also be because my colleagues and I have to be politically neutral because we work with MPs from every party and would be distrusted if we expressed any bias. We don’t express political opinions to each other, even when Members are not around, although lately it’s been acceptable to moan about the nightmare of Brexit and the awfulness of Trump, because these views cross party lines.

Strangely, the back offices of the House of Commons are an island of apolitical tranquillity. As Grace Ambrose, one of my protagonists notes during the fictional general election in my novel, ‘The run-up to the general election was a vague buzz in the background of Grace’s consciousness, but she didn’t follow the parties’ campaigns closely. According to the opinion polls the current Prime Minister was bound to get in again and, even if the current Opposition finally won, Grace couldn’t imagine much would change for her personally; mainly because there was only a cigarette paper between the two main parties in terms of policies and, in any case, she had learned from working at the House that Members were pretty similar – you got nice and nasty, polite and rude, easy and difficult from across the political spectrum.’

Later, after this election has taken place, Gavin Smith, another disaffected back office worker, echoes her thoughts: ‘Predictably, there’s no change of Government. Even if there had been it would make no difference to me. I’ve been in this place for two previous general elections and my job has always remained the same; the Members might change in actuality but they don’t change in spirit and, in any case, being in the Lords, things change even less; Peers die and are replaced by new Peers but they’re all the same old farts ultimately. The Establishment perpetuates itself in its own image.’

The arcane atmosphere of the Palace of Westminster has prevailed for nine hundred years. Barring an apocalypse, I predict it will prevail for another nine hundred. In the past, I have railed against being an insignificant cog in a huge establishment edifice but, right now, as my poisoned body fights against a malignant growth doing its best to kill me while yet another general election battle gears up and global superpowers square up to each other in ways I currently find too grim contemplate, I find the immutable persistence of the House comforting. I wish senior management wouldn’t keep trying to copy the corporate world and all its bland, fast, thoughtless ways. I love the wood-panelled canteens and the nursery food. I love the soupy Victorian light in the corridors and the fact that London feels very far away once you are inside the Palace. I’m looking forward to being back at work soon, in the thick of it but at a safe distance.

Rowena Macdonald was born on the Isle of Wight, grew up in the West Midlands and now lives in East London. Her debut short story collection, Smoked Meat, was shortlisted for the 2012 Edge Hill Prize. The Threat Level Remains Severe is her first novel, to be published on 10th July by Aardvark Bureau. At the time of writing, she still works at the House of Commons.