Fiona Kidman’s most inspiring reads of 2015 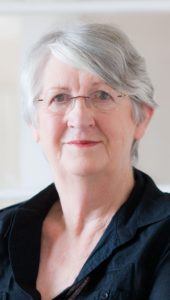 The writer’s constant dilemma, how to keep up with all the good books we want to read when we are in the midst of a major project of our own. Beside the bed there is a groaning tower of books for the summer, and New Zealand’s big annual shut down.  I have read less fiction this year than usual and perhaps the best is yet to come. But here are five books that have in their different ways inspired me, informed me, given pleasure of one kind or another.

New Zealand writer Fiona Farrell is the author of The Villa at the Edge of the Empire (Vintage). Five years ago, Christchurch, one of our prettiest and seemingly safest cities, was devastated by two massive earthquakes, killing 185 people, razing large parts of the city to rubble, toppling the cathedral, and turning wide tracts of land to liquefied silt. Farrell’s book is a devastating examination of political mismanagement and ineptitude in the face of disaster, while at the same time she beautifully draws maps of domestic life, as if the fallen walls have exposed the interior of lives we might never have glimpsed before.

London-based writer, Kirsty Gunn, is one we perhaps selfishly claim as own. She grew up here in my city of Wellington. After a return sojourn she produced My Katherine Mansfield Project (Notting Hill Editions), an exquisite exploration of what home means, set against a study of the early 20th century short story writer, Katherine Mansfield. Gunn grew up in the same historic suburb as Mansfield. The book’s production is a piece of art in itself.

Who We Are  by Elizabeth May (Greystone Books) was a surprise discovery, sent to me by a friend in Ottawa. Canada’s sole Green Member of Parliament has written a book about herself (Cape Breton waitress turned lawyer turned politician), about climate change, and about democratic concepts that had me nodding in agreement. It is easy to forget our rights and what they stand for.

How can I not love a book as powerful as All the Light We Cannot See, by Anthony Doerr, (4th Estate) set in my beloved Paris and beautiful St Malo, during wartime?  There is so much to admire in this novel exploring a blind girl’s ‘vision’ created through her father’s genius, and an improbable relationship that says much about how we  might co-exist in a troubled world. Rivetting and  magnificent, and outstrips any other novel I’ve read this year. Vive la France.

The book I have just begun promises to be on equal footing. I am a long time admirer of the work of Sebastian Faulks and consider Birdsong the greatest war novel of the 20th century. Now he brings us Where My Heart Used to Beat (Hutchinson) set in the Second World War and, in particular, the trenches of Anzio in 1944. Let’s say, as I head into it, that my opinion is a work in progress. So far, all good.

Dame Fiona Kidman is a leading contemporary novelist, short story writer and poet. She lives in Wellington, New Zealand. Her novel about aviation pioneer Jean Batten, The Infinite Air, is out now published by Aardvark Bureau.

Posted on December 9, 2015 by jimena in Fiona Kidman, Guest Blog