News & Events > The Dreadful Trade: A Blog Post on Bullying 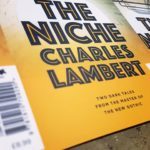 Like Billy Lender in The Niche, I was bullied as a child. I spent my first three years of secondary education at a country grammar, with 200 other boys, half of them boarders and the place had a boarding school ethos of subtle and not so subtle hierarchies, of a diluted form of fagging, of mysterious codes and rituals and forms of subjugation to which the day boys were often puzzled witnesses, and sometimes more than that.

I survived my first term without incident, an apprehensive observer, a sidler along corridors, and then, as though a switch had been flicked by some malicious god, I became the target of a group of older boys. A fatal weakness had been spotted in me, some quality that singled me out and made me worthy of their attention. I was too small, too fat, too thin, a nancy boy, too bright, too slow, or none of these things, or all of them at once. My school had a pair of glazed double doors near the library, where I would seek asylum, and I remember once being caught there, brutally exposed in every sense, as they tugged down my regulation school shorts and then my underpants while I wriggled and squealed, like a cornered rat, but without a rat’s resources.

I could have reported them, but I didn’t. I was scared, but I was also—I felt—guilty, and I didn’t know why, and no one could tell me. I must have done something wrong, been in the wrong place, glanced at the wrong boy in the 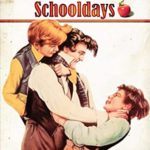 wrong way. I must have been partly to blame. I remember watching a film of Tom Brown’s Schooldays one Sunday afternoon, and seeing Flashman and his friends hold Tom Brown in front of a fire until he fainted and I didn’t know where I stood, whose side I was on. I was thrilled and shocked, as though my own skin had been burnt. I was the righteous victim, but also, in a way I didn’t understand, an accomplice.

Anyone will tell you that to defeat a bully you need to stand up to them, and it’s taken for granted that the bully will understand this and back off, because the balance of power has shifted and the bullied is now in charge. It’s a comforting thought, and might even, at times, reflect an actual truth, but I’m not convinced. What the bullied really wants is not to pacify the bully but to punish him, to pay him back in his own coin, and then to pay him back again, and again, until he begs to be left alone. The victim fears and despises his persecutor, but he also envies him, envies his power, his skills. Learning about debasement and what it can do, he becomes an apprentice to the dreadful trade. I didn’t want to forgive the boys who debagged me in the glass box of the double doors. I wanted to hurt them. I lay in bed, devising tortures that would have shocked the Inquisition. I turned into Billy Lender. If I had heard the voice that Billy hears, I would have listened to it, just as he does.

The bullying stopped as suddenly, as capriciously, as it had begun. The malice of the group shifted elsewhere and I became invisible once again. Two years later, I changed school, briefly became a Mod, and then a hippie. I found my allies and my refuge in a counter-culture that lauded peace and love and harmony. Like Billy, I found my niche.