News > Diary of an In-house Translator (Or, 5 Things I’ve Learned About Translation)

Diary of an In-house Translator (Or, 5 Things I’ve Learned About Translation) 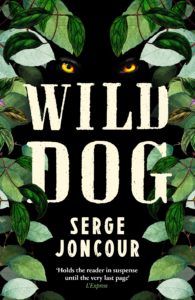 Gallic is unusual, and somewhat special, in that we use a combination of freelancers and our own in-house translators. I am the editorial assistant at Gallic, and I am also the co-translator of the forthcoming Wild Dog by Serge Joncour. It’s nice because it means I have a great variety of tasks every day, from writing copy for our books to liaising with cover designers, to translating the next chapter of Wild Dog.

Most days begin with a coffee (or two), then settling down to look over and often change a lot of what I’ve written the day before. I always work best when listening to music, and a combination of salsa music and the most recent Foals album has provided a pleasant accompaniment to translating. Once I’ve revised my previous work, I’ll make a start on the next section. There are a few things I’ve learned as an in-house translator:

1. It’s useful to know a bit about everything

Translation is very wide-reaching because, to be able to communicate something in your own language, you need to understand it in the source language. For example, I have a fairly extensive knowledge of hunting now, since Wild Dog takes place in a lawless, untamed rural area, with wild animals roaming around and poachers on the prowl. In fact, I think I know more French hunting vocabulary than English.

2. No day of translation is exactly the same

There are some days when I’ll work for an hour at untangling one paragraph, only to look back at it the next day and find it makes no sense in English. Such is the joy of translation! But then some days I’ll strike upon the perfect word. There’s nothing quite like finally cracking a paragraph you’ve been struggling with (even if nobody else will ever know). 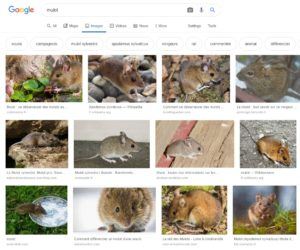 3. When words fail, pictures are great!

I have found images surprisingly useful as a visual reference point for what I’m writing about, especially when the dictionary translation leaves room for misunderstanding. Hence, my Google history is fairly varied and often quite strange. A prime example of this was when Isabelle looked at my screen to find a picture of a vole – I think I was checking the difference between a vole and a field mouse. Google Images was also useful for describing geographical landforms that I wasn’t sure about. The visual can often occupy that vital spot where two languages just don’t map onto each other.

4. It’s useful to brainstorm with others (and ‘stridulation’ is an actual word in English) 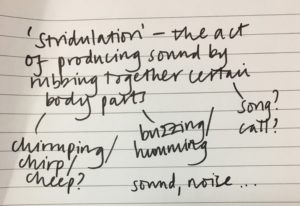 Although translation is often a solitary job, as an in-house translator, I have the luxury of being able to call on others if I need to. Sometimes you can get so caught up in the French that you start to flounder in English. We once had a good 10-minute discussion about how to describe the noise that crickets make. The French word used by Joncour, stridulation, exists in English, but it doesn’t exactly make for easy reading. We came up with chirping, chirruping, buzzing, song and hum, most of which I have used at various points in my translation.

5. You can never quite leave your translation behind…

I’ll usually finish the day by reading over what I’ve written, making a few changes, and then often go home thinking about certain paragraphs that are bugging me. Sometimes a word comes to you when you’re least expecting it, on the train or in the shower. It’s a blessing and a curse.

Posted on August 22, 2019 by Polly in Gallic 2020, Literature in Translation, Translating, Wild Dog