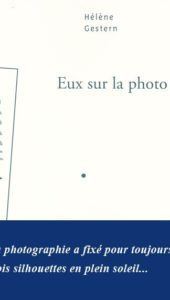 From Les Liaisons Dangereuses and Clarissa onwards, there has been a rich tradition of epistolary novels in both French and English literature. Allowing access to characters’ innermost thoughts, creating tension through conflicting points of view and building suspense as intimate truths are revealed, it’s no surprise it has remained a popular form with readers and writers.

Hélène Grémillon’s debut novel The Confidant uses anonymous letters as a plot device to gradually inform the protagonist Camille about past events with a direct bearing on her own life, while the forthcoming Monsieur le Commandant by Romain Slocombe is composed of an imagined missive from a French Academician and Nazi sympathiser to his local SS officer in 1942. The letter contains a shocking confession, and its author’s formal, elegant writing style contrasts starkly with the horror of its contents.

We may no longer put pen to paper as habitually as we once did (incidentally, a flurry of romantically entitled books devoted to the subject have appeared on the shelves of Belgravia Books in recent weeks: Kind Regards: the Lost Art of Letter Writing; For the Love of Letters; Paper: an Elegy…) but the epistolary device can be just as effective in novels set in the age of email. Where once the inclusion of text-speak and emails might have jarred and seemed gimmicky, they are now so much a part of our lives that finding them in fiction feels a lot more natural. Austrian writer Daniel Glattauer’s Love Virtually (Quercus), which tells the story of a love affair conducted in emails, won praise for being ‘both fresh and traditional’ and was described by the Independent on Sunday as ‘the epistolary novel for the Google generation’. The male and female protagonists at their keyboards were translated from the German respectively by husband and wife Jamie Bulloch and Katharina Bielenberg, helping to create two distinct voices.

Gallic’s next epistolary novel, set in 2007 and blending letters, emails and texts, is Hélène Gestern’s The People in the Photo, and it will be a co-translation. I am taking the part of Hélène, a Parisian archivist trying to uncover the truth about her mother, who died when she was three, while Ros Schwartz will interpret Stéphane, who begins writing to Hélene after recognising his father in a picture she has placed in a newspaper ad. The developing friendship between the two characters is conveyed through subtle changes in the tone of their correspondence and the language they use to address one another. It’s quite a challenge to reproduce the same effect in English, not least the shift that comes in the French when they move from the formal ‘vous’ to ‘tu’.

Finding equivalent formulas for opening and closing the letters is also a challenge. French letter-writing conventions can seem excessively polite (why settle for ‘Yours sincerely’ when you could say ‘Je vous prie d’agréer, Madame/Monsieur, l’expression de mes sentiments distingués’?) yet there are also times when English seems insufficiently elegant. How to convey the restrained warmth of ‘Je vous embrasse’? ‘Amitiés’ and ‘amicalement’ are usually translated as ‘best wishes’ or ‘kind regards’, both of which feel a bit bland and cold without the friendly echoes of ‘aimer’ and ‘ami’. But would a newly acquainted thirty-something man and woman sign off with ‘love’ without being romantically involved?

The answers may, as is so often the case, come from reading. Can you recommend any great Anglophone letter writers, fictional or real, whose style might be worth studying? Yours gratefully, Emily.

Buy ‘The People in the Photo’