News & Events > Behind the Scenes of The Weaver Fish

Imagine that you and I are sitting across a table with a bare chessboard between us. Instead of black and white, we agree to call your player Tøssentern and mine Worse. You elect me to set up the pieces for our game. Progressively, I place unfamiliar, apparently disparate objects on your squares. You are allowed to examine each thoroughly. I give three undertakings: (1) there is no redundancy; (2) order (as antecedence) is important; and (3) the whole will make sense. When you have seventeen pieces (it’s not ordinary chess: they’re chapters), I begin setting up my side of the board. From time to time I reach over as if capturing a Tøssentern piece, and place it in Worse. When finally there are 34 on the board they are thoroughly mixed, and the play is complete.

This is how The Weaver Fish was written, and how it is read. Tøssentern and Worse are two protagonists, the first an academic linguist based in Cambridge. He is convalescing, but shares with colleagues and friends a vivid imaginative life. Worse, though also reflective, is more the action figure, moral and discerningly ruthless. It is he who grasps the mystery pieces from across the board and repositions them into a resolving thriller sequence.

I started writing this novel as a series of experiments in deception. The idea was to explore how far the ridiculous can be rendered believable by means of the language, tone and rhetorical conventions of the discourse idiom in which it is embedded. (Examples are the style of a broadsheet obituary, or citations in the case of science.) Naturally, there will occur inevitable hesitations—breaks, ultimately—in reader credulity that present differently for each of us. Those realizations should not be viewed as failure points in the fiction; rather, they are intentional, highly individualized experiences of it. (Paradoxically, given the project, instead of damaging coherence they restore it.)

At first, my audience was a small group of author friends whom I mischievously enjoyed tricking (though always with a confessional finish). Later, I wrote more privately, wholly for my own entertainment. This was particularly so for the book’s endnotes which, for me, contain the more inventive and playful material. An index, whilst serving the usual function, includes cryptic entries for distractible puzzlers. By the way, as an index of first and final mentions only, it logs constituent narrative arcs within the novel—in other words, moves on the chessboard.

People often ask how long it took to write the The Weaver Fish. One answer is ‘a lifetime’: some of the ideas go back to the 1970s and ‘80s, though not conceived then as belonging to a novel. The major part was written in the second half of 2011 when my other commitments reduced and I had more time and concentration. There were not repeated drafts and revisions. There was no agony in the process; I really enjoyed myself, despite travelling a great deal for my partner’s work. (Much of the manuscript was produced in airline seats and hotel rooms, across five continents.) 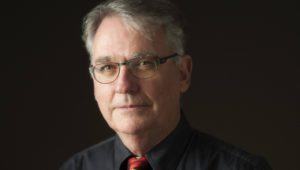 I have never found traditional fiction, as a notion, philosophically interesting. Accepting the unarguable value of story, a pretence of the real seems a trivial deception. (May we be observant of the world in order not to imitate it.) A pretence of authenticity is different. When itself made anamorphic, or fractured and healed repeatedly, that is a transgressive act, derealizing and dangerous. Such ideas—authenticity, credulity, evidence—along with other themes of The Weaver Fish have been critiqued more fully in a publisher’s interview with Lord Enright.

Incidentally, the final word in the novel, Postlepilty, is a long bishop’s move across the board from Tøssentern to Worse. As they say in Ferent, Cutroteh! Checkmate.