News > 3 Francophone Women Writers You Should Know About

3 Francophone Women Writers You Should Know About

Most bibliophiles will name Simone de Beauvoir, George Sand and Françoise Sagan among the greats of French literature. Yet they represent only the tip of a subversive, transgressive and deeply political iceberg of women writers who have influenced the literary and political landscape of France throughout history.

Today we’re sharing three women who, we believe, deserve to be better appreciated for their contributions to French literature. 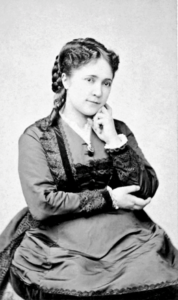 A French feminist activist and writer, Gagneur authored over twenty works of fiction, along with countless polemic texts and political pamphlets. Despite being brought up in a convent, she strongly disagreed with the religious education she received, and her work is laced with anti-clerical sentiment. Gagneur was focused not only on women, but on the plight of the working class. Her compassion for the struggles faced by women across class divides makes her an early example of an intersectional feminist.

Much of Gagneur’s fiction explores the sinister nature of marriage in a society in which women are subjugated. She campaigned for the reform of French divorce laws and challenged the Académie Française on the inbuilt sexism of a gendered language in which job titles are masculine, something that is only just beginning to change.

Her husband Wladimir Gagneur has a monument in his honour in Poligny, yet his wife’s tireless dedication to justice and freedom has faded from cultural memory. She has not yet been translated into English.

Gallic Books will publish a duo of Gagneur’s novellas: An Atonement and Three Rival Sisters 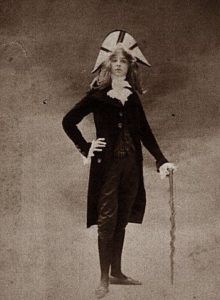 A poster girl for the hedonism and decadence of the fin de siècle period, Renée Vivien was a British-born sapphic poet. She lived an extravagant lifestyle in Paris and conducted numerous affairs with high-profile women. Her lovers included American heiress Natalie Clifford Barney, Baroness Hélène van Zuylen and the wife of a Turkish diplomat.

Her work consists primarily of verse and short stories, often mimicking folk tales and reimagining mythology. Her men are universally wicked, stupid or both, her women beautiful and cunning. Much of her work openly muses on lesbian sexuality, and she idolised Sappho, the Archaic Greek lesbian poet.

Her lifestyle was as tragic as it was luxurious. Her love affairs were tumultuous and she lived the last years of her life in ruinous debt. Her psychological well-being spiralled as she succumbed to a life of debauchery, drug abuse and disordered eating, all of which contributed to her early death.

Gallic Books will publish The Woman of the Wolf and Other Stories, a curation of Vivien’s poetry and prose 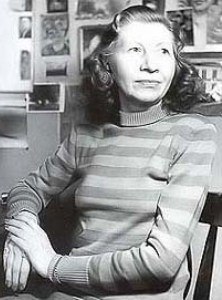 The protégée and unrequited lover of Simone de Beauvoir, Violette Leduc was a pioneer of autofiction and has been described by Deborah Levy as ‘incapable of a boring sentence’. She came from humble beginnings, the illegitimate child of a serving girl and the son of a wealthy family who refused to recognise her. Her mother often blamed Violette for her personal misfortunes, and the trauma of that relationship informs much of her work.

Leduc had relationships with girls in boarding school, and an affair with a female tutor. She also had relationships with men, including an unhappy marriage that almost cost her her life when she had a resulting pregnancy aborted. When de Beauvoir read Leduc’s writing, she took her under her wing and propelled her into the spotlight of the French publishing world.

Her work was so controversial, loved and hated, in its depictions of mental illness, abuse, and homosexuality that the Goncourt had to officially declare her memoir La Bâtarde ineligible in order to give the award to safer choices.

None of these women are widely read in England. Gagneur has never been translated into English, Leduc has only one novella still in print in the UK and, although most of Renée Vivien’s work has been translated, she remains largely ignored outside academic circles.

Gallic Books is hoping to change that, and will be making an exciting announcement on March 8th, International Women’s Day. Watch this space!

Posted on February 24, 2020 by Isabelle Flynn in France, Francophone Literature, Literature in Translation